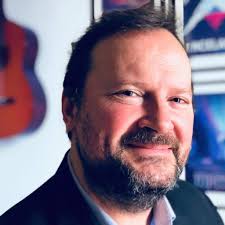 David Orban is the Founder and Managing Partner of Network Society Ventures, a seed stage global investment firm focused on innovative startups at the intersection of exponential technologies and decentralized networks.

He is an investor, entrepreneur, author, blogger, keynote speaker, and thought leader of the global technology landscape. His entrepreneurial accomplishments span several companies founded and grown over more than twenty years.

An early adopter of blockchain technologies and an active Bitcoin investor since 2010, he was the first to own Ether during the Ethereum launch in 2014. He also led the adoption of Bitcoin and blockchain in start-ups and is an advisor and investor in numerous blockchain companies and funds, such as Bitnation, Sun Exchange, Wealth Migrate, Blockchain Capital, Bancor, Swarm Fund, and others. David was the keynote speaker at the first Ethereal Summit in May 2017 in New York with an inspiring vision of how blockchain technologies will catalyze a phase change in the socio-economic organization of our societies.

David is the Founder and a Trustee of Network Society Research, a London-based global think tank present in over 40 countries, creating a vision and analytical tools to allow individuals, enterprises and the society at large to deal positively with the unstoppable transformation to a world based on decentralized exponential technologies that are disrupting the traditional centralized and hierarchical functions of governments and corporations.

He is the Founder and Chairman of Network Society Lab, a Venture Development firm that focuses on adding value to startup companies that are based upon exponential technologies and decentralized networks, with a specific focus on designing, organizing and implementing cryptographic token sale events.

He is also on the Faculty of and Advisor to the Singularity University, based in Moffett Field, California, an investor in the Singularity University Labs Accelerator Fund (now SU Ventures), and the President of SingularityU Italy Summit. SU is an interdisciplinary university whose mission is to assemble, educate and inspire leaders who strive to understand and facilitate the development of exponentially advancing technologies in order to address humanity’s grand challenges.

He is an author of two books. Something New is about the role of artificial intelligence in society. Network Society is an innovative ebook publishing project on the phase transformation towards exponential technologies and decentralization.

David was the CEO of Dotsub, based in New York City, for four years, driving their rapid growth and new generations of product while serving a wide range of enterprise clients with both crowdsourced and professional service delivery models.

He is an Adjunct Professor at LUISS Business School in Rome, one of Italy’s leading institutions preparing the management and innovation leadership of the future.

David is also a mentor for the Thiel Fellowship, a Scientific Advisory Board Member for the Lifeboat Foundation, a Founder of the Open Government Data working group, and an Advisor to the Institute of Ethics and Emergent Technologies and numerous startups in Europe and North America. He was the Chairman of the Board, and is an Advisor to Humanity+, an organization dedicated to promoting understanding, interest, and participation in fields of scientific advancement and emerging innovation that benefit the human condition.

David’s work cuts across the limits of specialization to contribute to a new renaissance. He explains, “My vision is at the crossroads of technology and society and their co-evolution.” His personal motto is “What is the question I should be asking?” This concept is his vehicle for accelerating cycles of invention and innovation in order to build the brave new world ahead. 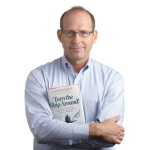 David Marquet and Turn The Ship Around!
Menu
Subscribe To Our Newsletter
Subscribe to our email newsletter today to receive updates on the latest news, tutorials and special offers!
We respect your privacy. Your information is safe and will never be shared.