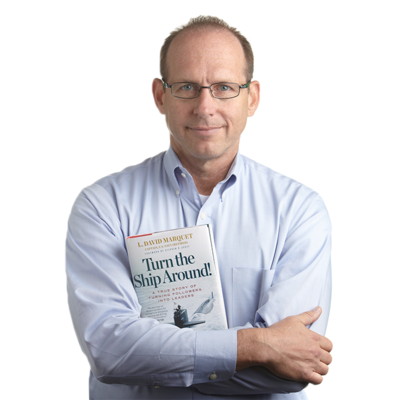 After being assigned to command the nuclear powered submarine USS Santa Fe, then ranked last in retention and operational standing, he realized the traditional leadership approach of “take control, give orders,” wouldn’t work. He “turned his ship around” by treating the crew as leaders, not followers, and giving control, not taking control. This approach took the Santa Fe from “worst to first,” achieving the highest retention and operational standings in the navy.

After his departure from the ship, the Santa Fe continued to win awards and promoted a disproportionate number of officers and enlisted men to positions of increased responsibility, including ten subsequent submarine captains. Further, having been on the ship, Stephen R. Covey said it was the most empowering organization he’d ever seen and wrote about Captain Marquet’s leadership practices in his book, The 8th Habit.

David is the author of best selling book “Turn the Ship Around!” Fortune magazine called the book the “best how-to manual anywhere for managers on delegating, training, and driving flawless execution.”

Get in touch with David
www.davidmarquet.com

Get David’s book “Turn The Ship Around”
amzn.to/2GPLM31 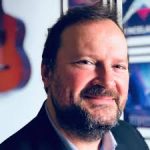 Menu
Subscribe To Our Newsletter
Subscribe to our email newsletter today to receive updates on the latest news, tutorials and special offers!
We respect your privacy. Your information is safe and will never be shared.